Captain James Cook, recorded the first European sighting and he originally believed the island was part of the mainland. Sailing past without stopping, on the HMS Endeavour at a distance of four miles offshore on 20th May 1770, he apparently penned the name of, The Great Sandy Peninsula, though this is not recorded in his ship log like the name he gave Indian Head.

This sighting was also spoken of in aboriginal history. It is understood a group of Butchulla people watched the Endeavour sail past the island, when this ship got dangerously close to a known sand shoal and they began shouting and waving warnings to the ship. Cook, watching them from the Endeavour, logged that he sighted natives on a prominence.  He recorded that he chose to call this place Indian Head.

“Sunday 20th Winds southerly gentle breeze. At 1o’clock in the PM we pass’d at the distance of 4miles having 17m water a black bluff head or point of land on which a number of the natives were assembled, which occasioned my nameing it Indian Head/Lat25’NBW.”

Historically, it was Captain Matthew Flinders, the young English navigator & cartographer, who was the first white man to set foot on the island, landing on the beach at Sandy Cape in 1802 when he was further exploring Captain Cook’s records of the coastline with George Bass. But it wasn’t named Fraser Island until after the remaining shipwreck survivors were rescued and stories told of the fate and the subsequent death of its captain, James Fraser who was allegedly speared by the local natives that these survivors were taken in by. There are a variety of tales about this shipwreck and it’s survivors which makes it impossible to clarify for whom the name Fraser Island was coined, but it is the name which has stuck.

However, the island we know by the name Fraser has always been called K’gari (pronounced gurri) by the native aboriginal people. It was named after the sky spirit, who, in the dreamtime, the island was created from.

It has a very long and rich indigenous history. To the Butchulla (Sea) people this place has always been paradise. Archaeologists believe that Fraser Island supported up to 3000 people who lived on marine animals and terrestrial plants. Evidence of Butchulla settlement in archaeological sites, midden heaps, ceremonial bora rings, fish traps, scarred trees, campsites and stone implements date back to between 1500 and 2500 years ago. However, the Butchulla People are thought to have lived on Fraser Island for more than 5000 years. The Butchulla have three principles they live by:

There are many sites of social and spiritual significance. It is very important to respect those sites. European settlement had a devastating impact on the indigenous population.

Although a few descendants continue to live on K’Gari Fraser Island their cultural heritage and ability to maintain their traditional practices have considerably diminished. Though native title was granted in 2014 which recognised the Island’s indigenous heritage and native owners the Butchulla People it was only in late 2021 that Fraser Island was renamed to it’s original, K’gari! What a significant step for the first nations people! 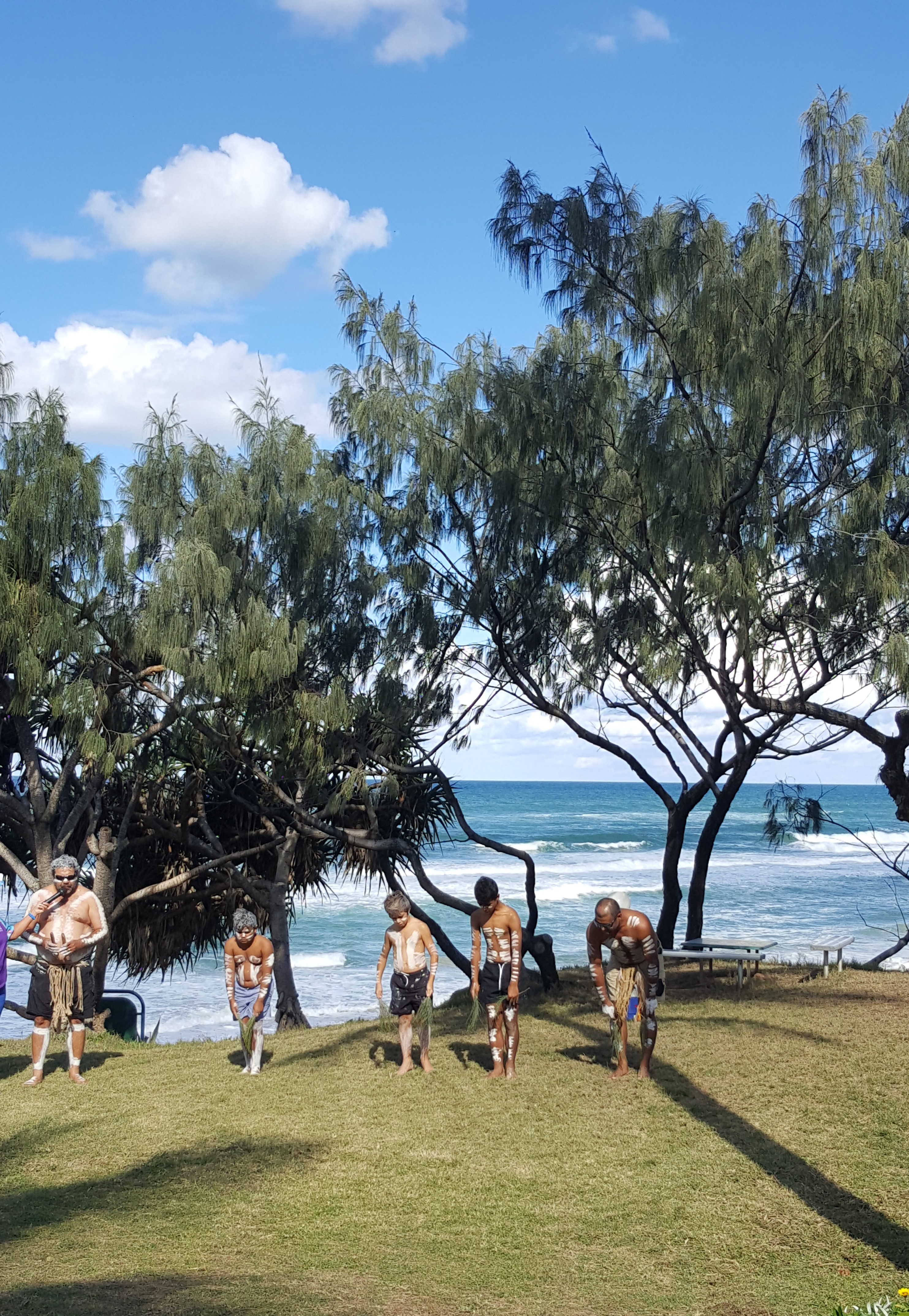